Home Our Favorite Guests 5 Great Actors Who Struggled To Make It Big And What We...
Share on Facebook
Tweet on Twitter
This week’s #GuruTips for Actors post is from #GuestGuru, Donna Maurer! As an inspiring theatre actress in NYC, Donna has been creatively writing her way through acting school. Since attending her first broadway show (Cats), Donna’s passion for performance and theatre has only grown. Currently, Donna is an active contributor on various theatre & film blogs. Enjoy her incredible content below and be sure to show her a little love in the comments! xo, Ajarae

Well-known actors seem to have “the life” – the fortune, fame, and recognition that make them stars. The truth is, even though some actors came into their talents and made it naturally or had means to get where they are, there are also great actors out there who have struggled, sometimes in the most difficult ways, to overcome obstacles and make it big. All of them have one thing in common that we can learn from: they never gave up on their dream, even when things were extremely tough! Here, we will look at 5 successful actors and the hardships and struggles that they went through, how they were able to overcome their obstacles, and what we can take away from it to chase our own aspirations.

We know being an actor can be tough, but so many success stories began with that same struggle! Learn from 5 actors who struggled to make it big and what we can learn from them with this special @ActResourceGuru #GuestBlog from #DonnaMaurer on the inspiration you can take away from these success stories!

Everyone knows Halle Berry and her amazing success. What most might not know are all of the hardships she went through growing up. Starting with the abandonment of her father at a very early age, facing racism, and later being forced to live in a shelter for a time when she came to New York City, Halle has faced many setbacks. This did not stop her from going forward and pushing for her goal of becoming an actress. She looks back on it now and says that she did what she had to do; it did not deter her from going for her dream and ultimately being the first black woman to win the Oscar for Best Actress in 2002. We can all learn from Halle that there will be difficult times to get to where you want to be; ultimately if you want something bad enough, you have to be willing to make sacrifices and understand that things are going to get worse before they get better, and nothing can stop you if you don’t give up on what you know you were meant to be.

The Hulk didn’t get noticed until his late 20’s as an actor, and his struggles stemmed from the time he was a child. Suffering from both ADD and dyslexia in his younger years later made studying lines and scripts extremely difficult. Yet somehow, he was able to focus and memorize lines for plays and movies to eventually make it onto the big screen, which is a true testament to his determination and stamina. If that wasn’t tough enough, in 2002 it was discovered that he had a brain tumor, which lucky for him was benign, but the removal of the tumor left him suffering from facial paralysis. He went through therapy and was able to make a full recovery, return to his acting aspirations and eventually, a long-standing career as an actor in over 40 films. His story is moving and inspiring and should demonstrate to everyone that even physical setbacks do not have to keep you from following your dreams.

Though she’s known for her 4 Golden Globe Awards, as an Alumni of the Lee Strasberg Institute, a famous acting school in NYC, and for her smashing roles in Wild at Heart, Jurassic Park and more recently the series Big Little Lies, Laura Dern has suffered traumatic experiences that she overcame to get where she is today. At the mere age of only 14, Laura was sexually assaulted, and for years she admits that she blamed herself and made excuses for her abuser’s behavior, without realizing the toll it took on her both physically and mentally.

Even with a tragedy at such a crucial age in her life, she did not allow the occurrence(s) to interfere with her aspirations to become an actress, and worked through it and other obstacles, including the famous 1997 “The Puppy Episode” of the television series Ellen, which received so much backlash that it kept Laura from working for a year afterward. Nonetheless, once again she made her way back, working hard in spite of those difficulties, and has become one amazing actress and inspiration to all.

Another famous actor and now host of The Steve Harvey Show who struggled with homelessness in his younger years was Steve Harvey. He actually lived in his car for not 1, not 2….but 3 entire years! After his marriage fell apart and he rarely saw his children, he hit rock bottom with his career and was forced to sleep in his car to get by. He washed in sinks and even stole gas when he had to get to his gigs!  He says that it was a very painful time in his life before he was able to find success as a comedian. He kept going, and kept at it, through all of those difficult nights. Even now as much as he has achieved and how well he is doing, Steve still works constantly, day in and day out, because he never wants to be homeless again and wants to ensure that.  We can learn a lot from that kind of perseverance. Three years not having a place to live would take its toll on so many of us; it’s amazing that Steve had the audacity to keep pushing himself forward and become such a success.

Jim Carrey is famous for his comedic nature and bringing life to many roles in movies like The Mask, Ace Ventura: Pet Detective, Bruce Almighty, and The Truman Show. He definitely seems to have it made, but it was not always the case for him.  Early in life, Jim said he was a quiet kid who had no friends, and kept to himself because his family was living in such poverty. He was working full shifts as a teenager and also going to school full time, which was exhausting and kept him from having much of a childhood. At one point, his family was even homeless, living in tents in his elder sister’s backyard.  When he was working as a comedian he usually was getting booed off stages and not able to land high-profile gigs, and even his auditions for Saturday Night Live left him getting rejected multiple times.

Jim was able to overcome these obstacles in life, because he found his calling making people laugh, and so he constantly told himself affirmations and visualized that he was a great actor, that people wanted to work with him, and that there were many roles for him out there, repeating phrases like that over and over to himself in between gigs and jobs when he needed the encouragement. He even wrote a check to himself for $10 Million for acting services and carried it in his wallet to later award himself on his success. Those self-proclamations helped him to stay determined in his goals and carry out his dreams to make it in Hollywood, as he told Oprah, and we could all benefit from encouraging ourselves that we are good enough and strong enough to make our own destiny in life.

As you can see, all five of these actors never gave up on their dreams.  It’s easy to be beaten down, rejected and succumb to those thoughts brought on by tough times that you are not “good enough” or “talented enough”. However, all of these actors did not lose their determination and utilized different ways to overcome and push through the hardships, dilemmas, and setbacks.  Being homeless, having no money, being overpowered, receiving backlash, and having physical debilitations – for most people, these would be reasons enough to quit. Knowing that your dreams require sacrifice, difficult times, hard work and constant affirmations to yourself can be done by anyone out there with a dream. So, keep going and striving for what you want, and if you don’t give up, you cannot fail. 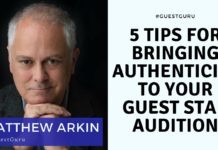 Five Tips to Bring Authenticity to Your Guest Star Audition 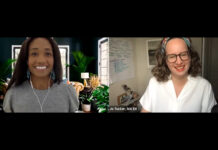 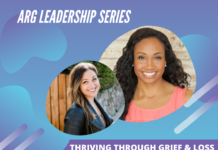 Actors Thriving Through Grief and Loss 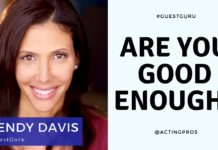 Are You Good Enough? 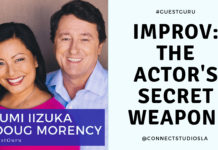 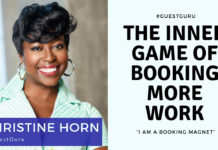 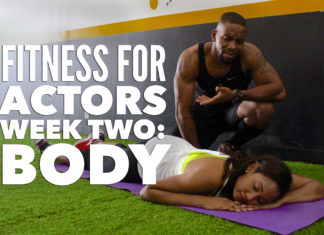 Ajarae Coleman - June 7, 2016
0
How was last week actors? Did you complete Coley's challenge? (click here if you need to re-watch it). We're back this week with Volume Two...

How To Improve Your Relationship With Money

How To Pay Yourself First As An Actor

What “Intention” Means To An Actor